Skip to content
What is your Tarot Reader Personality?
take the quiz to find out

Learning About The Major Arcana

One of the more straightforward Major Arcana cards, Justice, means devotion to truth and law. The fairest decision must always be made. As you seek out the truth or judge others for their actions, remember the lesson of the two brothers: to know the extent of what you need because you have all that you deserve. Make your decisions based on what you need.

Do not seek truth from others if you cannot give it. Being dishonest with yourself and with others is only going to send those lies back to you. Though it may not seem like it, you will see the consequences of those lies in the future.

The Justice tarot card also means that you have to make decisions soon. Somewhere in your reality, there is something you need to attend to. You need to realize that you may be the one delivering the judgment or receiving the decision and not run away from the responsibility affixed to that. Listen to your conscience.

Justice In Love and Relationships

When you find yourself pondering whether or not your current partner is correct for you, Justice will often show up. Are you being fair by trying to maintain a relationship that may not last? Are the scales in the relationship balanced? What is happening with the exchanges between you? There are some adjustments to make and communication to be had.

If you’re single, Justice reveals that this is the time to make a choice about new commitments. One will be coming your way soon, so you have to decide if you’re up for developing a partnership with someone else.

Justice In Career And Finances

Your work/life balance may be thrown off at the moment. You may be struggling with legal issues in the business or have something happening outside of work that is keeping you from being as productive as necessary. Try to give all pieces of life equal attention. Otherwise, one facet of life can easily override the others.

Justice does not mess around and appears when we need a reminder that you must be honest if you want respect and truth from others. By being able to make fair decisions, some of the more complex questions can be resolved rather quickly—only if you don’t run from the responsibility. Be just in all that you do, and the scales are more likely to tip in your favour. 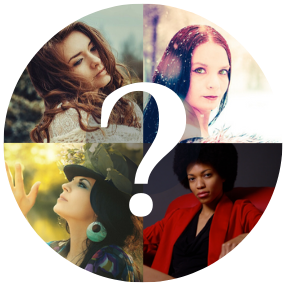 You have innate qualities that can help you as a Tarot Reader. Find out what your Tarot Reading Style is. From Healer to Bad Ass, which one are you?

If Justice upright designates the need for rational, black-and-white judgments of issues, then reversed is just that. You are not honest with yourself or with others, and this is creating upheaval in your life. Furthermore, you may be trying to escape from a responsibility that is actually in dire need of resolution. Once you turn around and face that decision, other issues with be absolved.

Also, reversed Justice warns that you’re too wound up in the black-and-white that it’s starting to drain your life of color. Sometimes, you have to be in the moment and make choices on the fly. The point is that what seems right then is going to be correct. Do not over-analyze situations where a simple yes or no will suffice.

If you’re in a dispute or in a sticky situation, make sure you’ve been as honest as possible so it doesn’t bite you in the ass. You’re about to be held accountable in your workplace so do your due diligence.

The Fool journeys through the Major Arcana, they eventually come to a fork in the road. There, The Fool witnesses a wise being with sword and scale in hand, listening to the story of two brothers. One has inherited everything, and the other received nothing. After hearing the story, the commanding being awards the poorer brother half of the wealthier brother’s inheritance —neither brother is happy, despite how the ruling was fair.

Justice, as a universal archetype, is not concerned with our personal interpretations of fairness. Justice is the ruler of universal laws and real justice; often, we’re too close to situations, too invested in seeing what is truly fair and balanced. This archetype is more concerned about what you’re putting out into the world and how you’re wielding your power because they know it will be reflected back to you. This is not out of some personal interpretation of right or wrong or human-made laws, but the universal law of manifestation, cause and effect, and attraction.

Justice, truth, and balance may not always be the easiest thing to reconcile, but we will see Justice in action, whether we like it or not, through our actions and decisions.

The Muse of Tarot For Justice

Tarot Muses are the divine creative source personified. They are invoked to provide support and space for your readings and lend their special gifts in realm of Tarot magic.

Justice appearing in a reading with Divina is a message to look at things from a bigger perspective and detach from emotions that might be getting in the way. Whether it’s for the querent or the reader themselves, it’s time to stop taking on other people’s stuff as your own as you won’t be able to function. Observe, don’t absorb.

Learn more about the Muses of Tarot 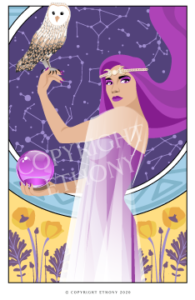 About The Major Arcana

The Major Arcana consists of the 22 cards that embody universal aspects of the human experience through symbology and archetypes. They are representations of our collective consciousness, those consistent, directing patterns of influence that are an inherent part of human nature. Each Major Arcana card is given a number, a place in a specific well-thought-out order, and a title which links the card to its meaning and deeper lesson.